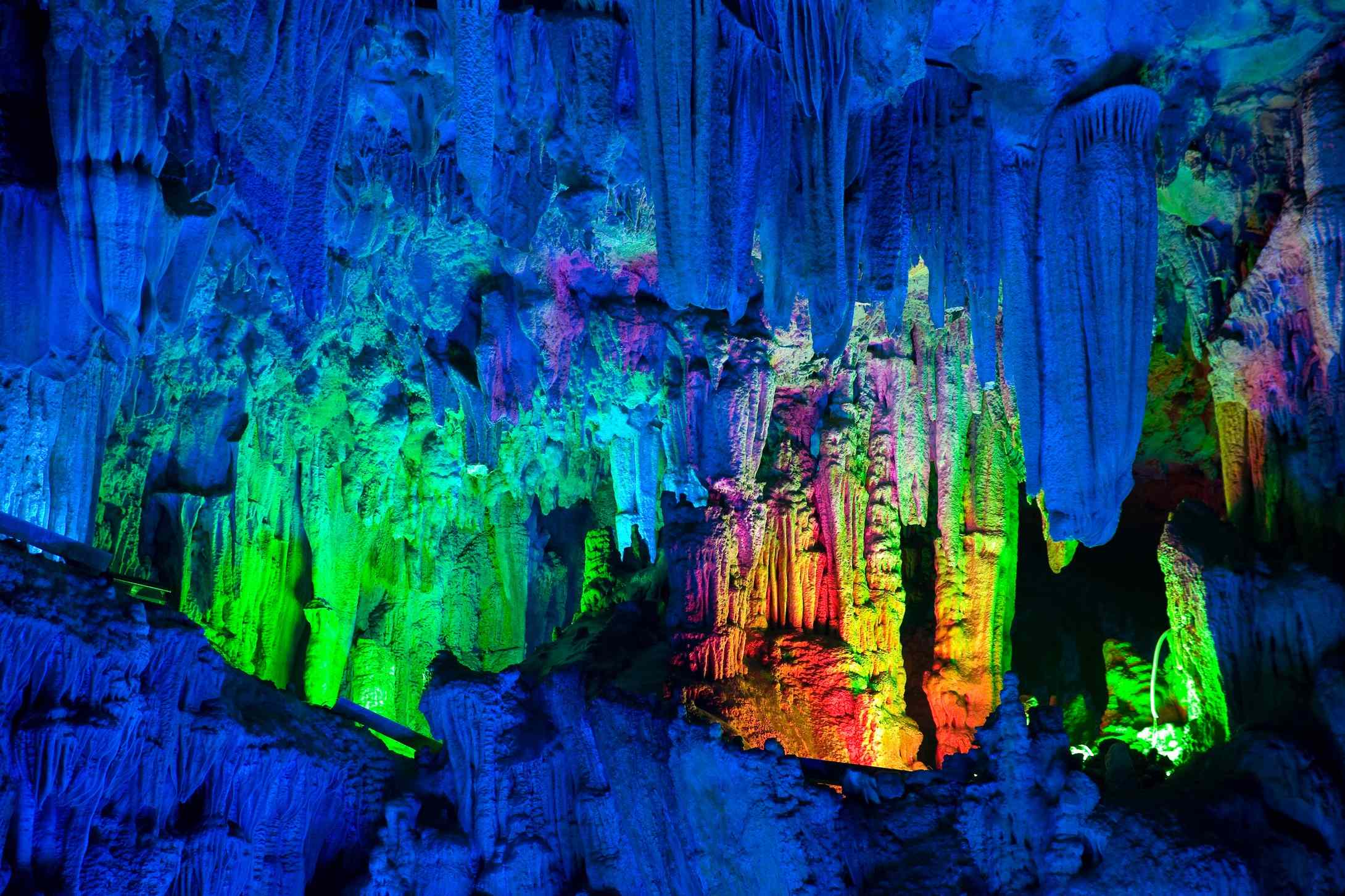 The cave of Reed Flute, located in the region of Guanxi, China. Also known by the inhabitants as “The natural art Palace”, the caves of Reed Flute, in China, they look like a marvel of another planet. Color, lighting and the exotic rock formations of limestone, give the feeling of being in a sort of dream magic.

This place is exactly located in Gulin, in the region of Guanxi. It consists of formations of stalagmites, stalactites and rocks that provide that particular environment from another planet.

Few landscapes are both impressed as this destination in the region of Guanxi in China. The incredible rock formation located in the interior of the caves of Reed Flute Cave undoubtedly are within the most spectacular and surprising world destinations.

The reaction of every tourist who have the chance to enter into the magical world of Reed Flute Cave is instant, none can believe what is observed, a landscape that undoubtedly not found in any other part of the world.

Color and lighting made by the Government of the region to highlight all the charm of the place combined with the exotic rock formations of limestone make this place an incredible experience for travelers entering its internal travel. 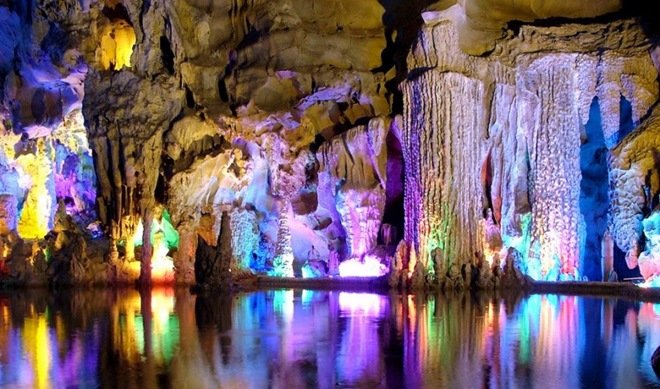 While the amazing beauty of this cave are located there since ancient times the discovery took place recently in the 1940s, was at that time in the Government of the region of Guilin, Guanxi China took consciousness of the real value of these caves for the growth of local tourism. It did not miss much time so that those in charge of the region began to plan the most suitable strategies to make these caves the incredible tourist destination that is currently.

After passing through specialized topographical investigations which resulted in information about the wide variety of mining that was inside, began to liven up the Reed Flute cave. It is optimal for tourists who were already eager to see with their own eyes the rumours of a destination out of the reality in Guilin was the first objective of the Government that strategically organized a sunset lights and colours in the interior of the caves in a few months that stands out in a surprising way the contrasts and highlights of the place.

To gather in a nickname featured magnificent Reed Flute Cave the inhabitants of the region and the amateur photographers who found in the interior of the cave the best inspirations for his works decided to name it “The natural Palace of art”, a statement that is not useless girl if we admire the quality of color palette that decorates the surfaces of your ceiling and walls in his photographs.

One of the more rare anecdotes by tour guides that move through the interior of the cave to tourists who come to visit it is related to the production of science fiction Star Wars saga. Producer and George Lucas scenography technicians visited the interior of the caves fascinated by all the fame that they had in the region. He says the legend that have local tour guides to some of the Intergalactic scenarios that we saw in the Star Wars saga were actually inspired by the stunning beauty of the Reed Flute cave. Although these rumors were never confirmed by the team of George Lucas, it is no doubt that the Reed Flute caves are a landscape from another planet.