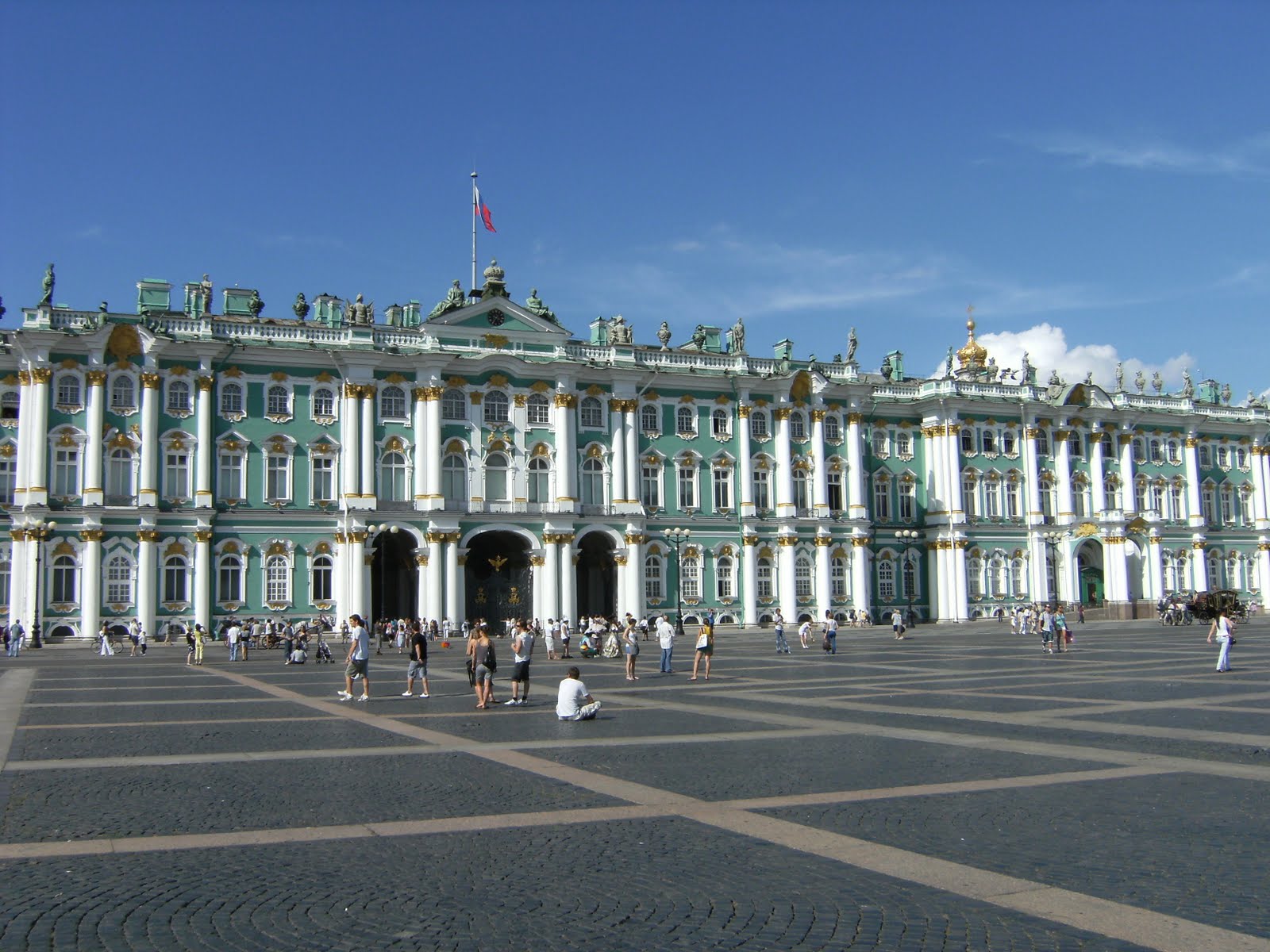 Built between 1754 and 1762 for the Empress Elisabeth (daughter of Peter the Great), the palace green-and-white is a lavish confection of arches, pediments, columns, pilasters, balustrades and statuary. Three stories high, the palace has 1,945 windows and 1,987 doors 1.057 quarts. Not an onion dome is in this creation strictly European. The Ermitage winter palace served as the winter residence for each head of Russia since Peter III.

Peter’s mistress, the Countess Vorontzova, also had rooms in the grand Baroque palace. When his wife Catherine the Great took the throne, she took possession of her husband’s room and repainted and redecorated. Nicholas I lived in a relatively modest apartment in the Palace while his wife Alexandra went further in terms of decor. The lush Alexandra room later became the meeting place for the Provisional Government of Kerensky.

In July 1917, the Provisional Government took up residence in the Winter Palace Hermitage, laying the foundation of the October Revolution. The Bolshevik government eventually transferred his capital to Moscow. Since that time, the Winter Palace has served as the Hermitage Museum. Smolny Cathedral St. Petersburg architect, Rastrelli 1748-1764 European Ideas reigned during the time of Peter the Great.

Your City, St. Petersburg, was modeled after European ideas, and his successors follow the tradition bringing architects in Europe to design palaces, cathedrals and other important buildings. Designed by renowned Italian architect Rastrelli, Smolny Cathedral in the Rococo style. The Rococo is a French Baroque ornamentation known for its light, white and provisions for bending complex shapes. The Cathedral blue-and-white Smolny resembles a confectioner cake with arches, pediments and columns.

Only the onion dome caps hint to the Russian tradition. The cathedral was to be the centerpiece of a convent designed for the Empress Elisabeth, the daughter of Peter the Great. Elisabeth had planned to become a nun, but she abandoned the idea once he was given the chance to govern. At the end of his reign, funding for the convent was sold. The construction was halted in 1764 and the architect planned steeple was never built.