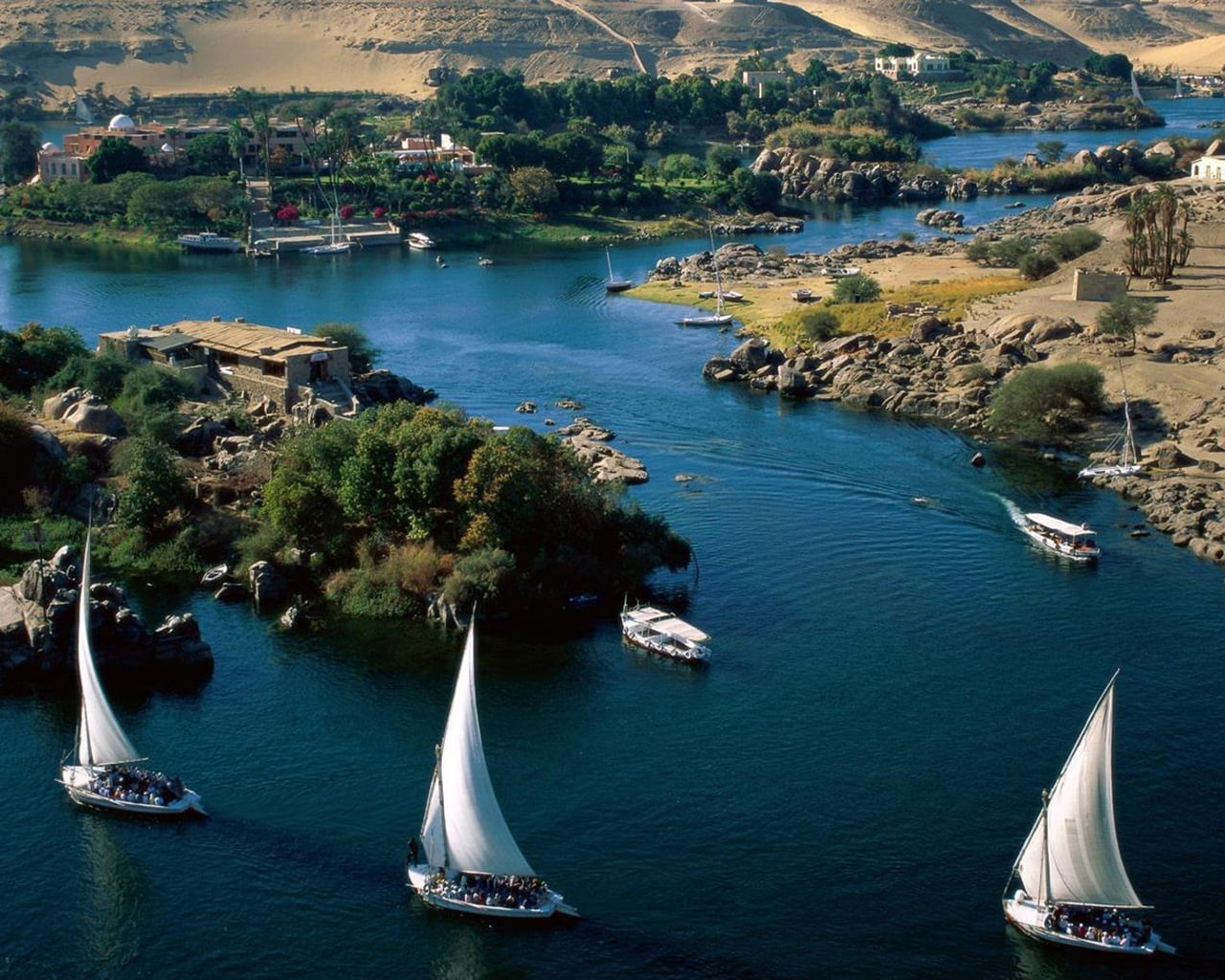 The Nile is one of the largest rivers in the world and perhaps the most important with regard to the birth of civilization. Its channel runs along seven nations coming to travel the 6,700 km. to its mouth at the Mediterranean Sea.

The word Nile (Arabic ‘ni-l) comes from the Greek word Neilos, meaning “river valley”. In the ancient Egyptian language, the river was called iteru, meaning “Great River”. In Coptic, the word piaro (Sahidic) or phiaro (Bohairic) meaning “The River” (literally “The Grand Canal”), which comes from the same ancient name. This great river brings to mind the world of the pharaohs, pyramids, as well as where they live deep African primates, gorillas, lions, giraffes and elephants, a world where it combines history and nature at its peak.

THE Nile on their way to the sea from Uganda and Kenya part what has been called as the White Nile from Ethiopia and what has been called as the Blue Nile. These two channels come together in the city of Khartoum, the Sudanese capital to cross the desert heading to Egypt through Nubia region where it reaches its peak, there you are immersed in the world of Pharaonic pyramids, sarcophagi, of temples such as Abu Simbel and where through major cities such as Luxor and Cairo Nile finally come to the mythical city of Alexandria where they mix with the Mediterranean through a vast delta.

It is also a river which have passed and lived, but unfortunately not always peacefully, the major religions such as Judaism, Christianity and Islam. They have also left their mark along the magnificent river. Highlights include Christian center of Cairo, the great library that Christians concentrated in Alexandria, the desert as the birthplace of monasticism and asceticism, the Coptic monasteries…

This is one of the greatest enigmas of world geography as no one knows exactly what the source of the Nile Some suggest that begins at Lake Victoria, the largest of African lakes with an area of ​​68,000 km2 and its main tributary Kagera river, so in where the waters begin to separate Nile from Lake Victoria (da Hence this part of the Nile is termed as Victoria Nile) John Hanning Speke, a former officer of the Indian army, placed a plaque indicating when he arrived in 1848. Others like Waldecker Burkhart in 1937 suggest that rises in the Kagera river sources or as Ptolemy in the second century. C. Nilo said that glaciers born of Ruwenzori, therefore your origin remains a dilemma to discover today.

Lake Victoria is surrounded by small colonial villages engaged in fishing for tilapia. Here the ports are characterized by the absence of springs where silleteros are responsible for transporting both cargo and people to the boats beyond the sandbars. The fish collected will be transported to the citadels across the savannah.

This is Uganda, the center of black Africa, from where one can sit to contemplate the lake and goes on slowly and patiently watching as the lake is utilized for washing, for transporting goods, to wash the car or even using their banks to rest in the hottest hours past noon.

Another of the many tributaries of the Nile after passing by many streams flowing into lakes Edward and George being collected by the Semliki River to carry up to Alberto. From here it joins the Victoria Nile which already glimpsed its power narrows the river in a gorge to Murchison Falls where they give several hops to lose a height of 122 meters.

Here the myriad of birds, crocodiles, elephants, hippos, antelopes, warthogs and lions impose the true face of beautiful Africa, where the cycle of nature remains almost unchanged with the passage of time. From here the Nile widens disproportionately papyrus plant covering on their way by the Sudd in Sudan.