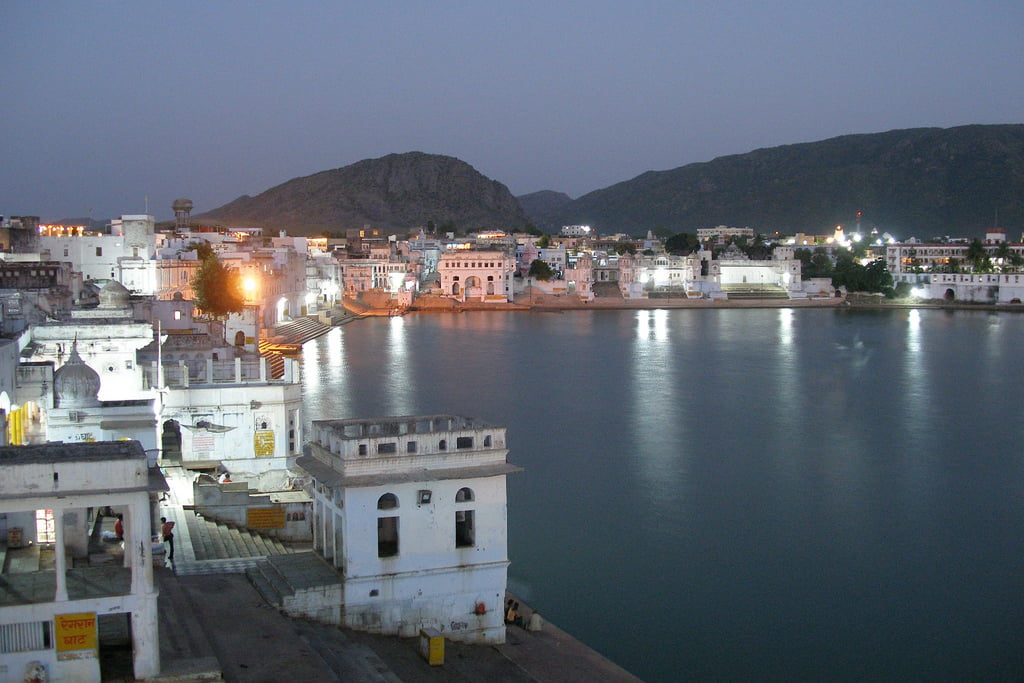 Pushkar is considered one of the most ancient cities of the India. On the banks of Pushkar Lake, the pilgrims take baths in Holy waters, while not far away, vendors and craftsmen await patients when selling. Pushkar is located in the State of Rajasthan, about 14 km to the Northwest of Ajmer.

This village is a very mystical place. You can listen music, chants and prayers anywhere in the town. Decades ago many hippies decided to visit and stay a long time.

Pushkar means “born due to a flower”. Hindu mythology says that God delivered a Swan with a Lotus Flower at its peak and this freed the flower in the Earth where Brahma could carry out their great work.

Where it landed the flower was called since then Pushkar. In addition to this legend can be found many more about the origin of this town.

Pushkar is located about 14 kilometers from Ajmer and about 135 of Jaipur. It is one of the most important places of pilgrimage for Hindus in the India. In fact is a village with very few inhabitants, but continually swamped by pilgrims.

Currently is very visited by foreign tourists, especially when festivities are celebrated as the famous camel fair, “Pushkar Camel Fair”, which takes place during the Moon full of November.

Pushkar is located on the banks of Pushkar Lake, which is 510 meters above sea level. It has five main temples and many small temples throughout the village. It also has 52 ghats, where pilgrims can descend to the Lake and bathing in the sacred waters.

It is said that each ghat has a power and a few different healing powers. A part of the sacred Lake is called Sunset Point where people come together to enjoy the sunset and often of good music. 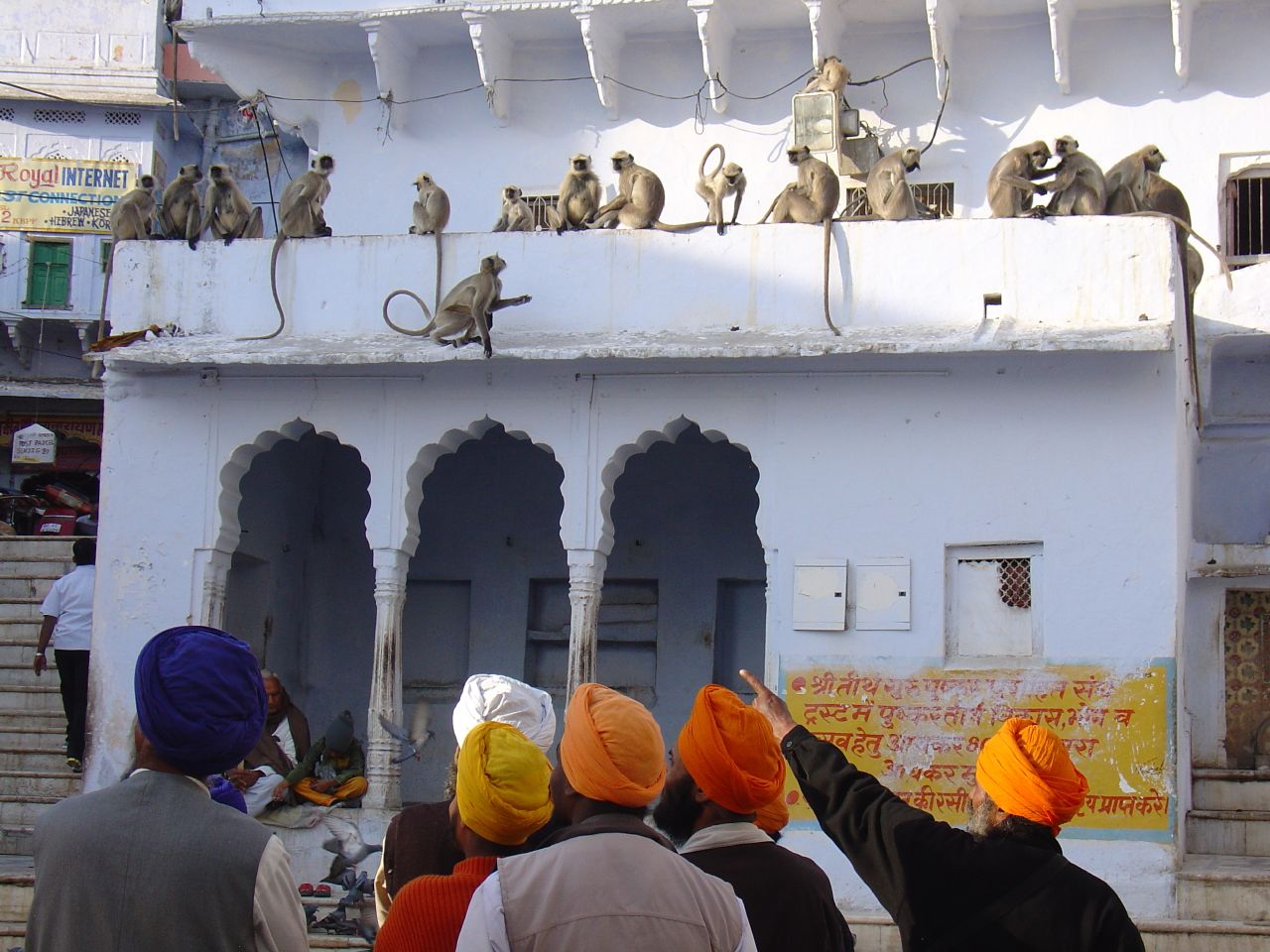 In this Holy City is not allowed to eat meat, eggs and less drinking, but as in all the customs of the peoples, things are changing as the tourism invades the streets of a place. What never has been banned is the famous drink bang-lassi, which is advised to take it in moderation.

The main temple of Pushkar is de dedicated to the hindu God of creation Brahma, and has been built in the 14th century. There are very few temples in the world dedicated to the God Brahma, it is believed that there are only four in the world, what makes much of the importance of this temple in Pushkar.

Fit to mention the fact that the natural environment of the sacred Lake of Pushkar is much degraded in recent decades. The main problem is the sobre-desarrollo of tourist facilities and the des-forestacion of the areas surrounding it.