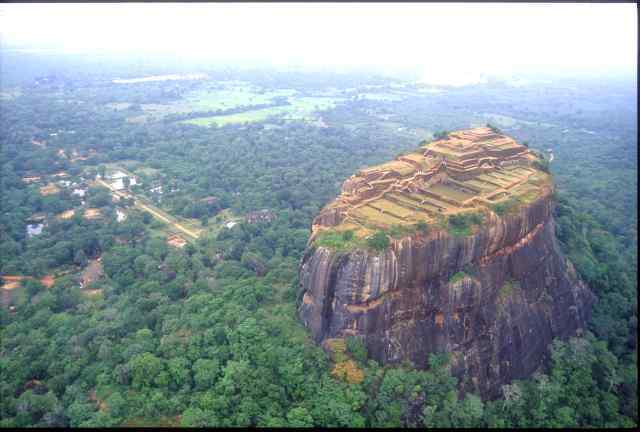 In the midst of a great plain stands the imposing rock of the lion, his strange monolithic form is the result of an extinct volcano that was eroded over thousands of years to expose its core solidified magma of 370 m.

Although the first settlements date back to the prehistoric era, it was not until the s. III when he became a monastic center of Buddhist pilgrimage for later, during the s. V become royal palace. The prince Kasyapa fearing attacks Mogallama brother, decided to move the capital from Anuradhapura to Sigiriya and built a city that stretched across the top, the base of the rock and the surrounding gardens. When the prince was defeated, the capital returned to move to Anuradhapura and Sigiriya continued to exist as a monastery until the s. Fourteenth time that was finally abandoned until being rediscovered in the undergrowth by a British army officer in 1831.

Sigiriya is probably the most famous on the island and one that attracts more tourists. The price of some entries in Sri Lanka is quite abusive, Anuradhapura and Polonnaruwa both cost $ 25 but considering the standard of living in the country, are Sigiriya $ 30 is a lot, even compared to other attractions in Western countries, for example with the entrance of the Holy Family in Barcelona that costs 13 €. A few years ago there was a $ 50 combination ticket that allowed visit all three places, but apparently have decided not to continue selling it. Even so that you do not pull back because it’s worth, and to justify the price of admission includes a DVD and a visit to the museum (where the only toilet in the area).

Considering what had become Sigiriya during its glory perhaps a bit disappointed as they hardly visit is nothing standing, surviving only huge lion paws carved rock through the jaws of amke the top . But the place is impressive in itself, the views from the top are breathtaking and crumbling walls, terraces, pit, stairways, dams and frescoes that have survived allow imagine what was in his day and show that we are in a unique place in the world, one of the wonders of antiquity.

The guide put it to climb to the top is needed about 2 hours, not if it was written by a grandmother take no hurry but going up soon I about 20 minutes. What is certain is that the heat is terrible and hardly any shadows so better avoid peak sun hours. If that was not enough force you to get a kind of full-nuclear suit for the final flight of stairs because of the danger of attacks by bees that have their nests in the rock walls.

Important also buy water or eat in the village there before entering the Sigiriya area since around the rock there is virtually nothing, let alone at the top. Also eye with the wind is really strong, I had left my Sony Nex on the tripod while filming took pictures with another camera and what was my surprise to see that both the camera and the tripod I flew over and dropped three terraces more below! Luckily despite the bumps and scratches still running but much closer eye to the edges of the mountain because security is minimal.

As a curious note at the top tell you that I found the dog you can see in the photo above. I have no idea how he could climb all the stairs and end up there, but heat was dead still, refuge in a shadow, so decided to give some of the water I had. As I am not very smart first I threw a little water on a tile but the dog went Olympian. Then I built a bucket cutting a plastic bottle with stones but flew off and half the water lost. Doubting whether I should stop and go ridicule finally tolerated the pot with stones and a good Samaritan gave her all the water I had left. After putting to drink like crazy, looked at me straight in the eye and I went to did not stop following me with his eyes for a moment, was bizarre because as he put water appeared that neither had noticed my presence, but I noticed that he was grateful. It’s a simple story but that dog’s expression is one of the things I take from Sigiriya.