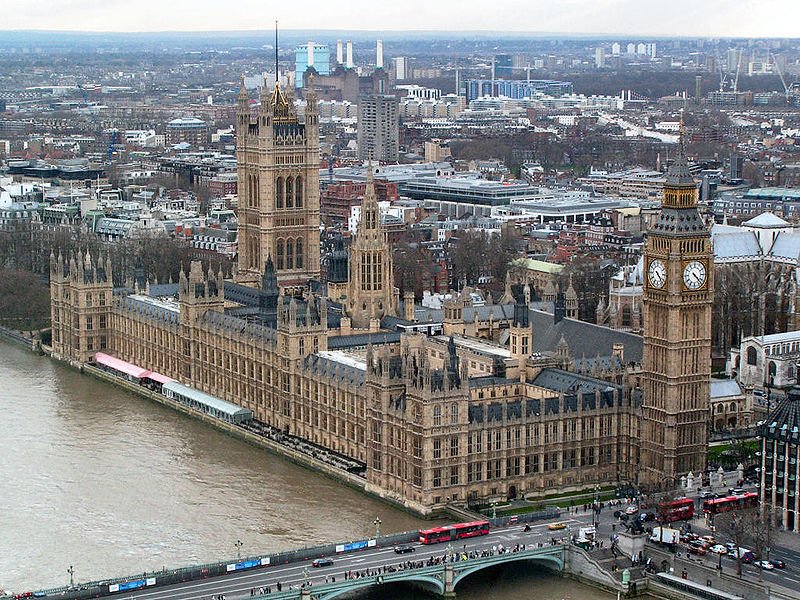 In central London , on the banks of the mighty River Thames rises one of the most emblematic buildings in the UK capital. This is the Palace of Westminster , also known as the Houses of Parliament and where we see reigning in the heights, the famous Clock Tower or Big Ben .

Here was the original building that served as a royal residence since the time of William the Conqueror or housed the Parliament since 1512, but a large fire almost completely destroyed the old building were saved only parts asWestminster Hall, the crypt of St Stephen’s Chapel and the Jewel Tower.

In 1847 new construction was completed as we know it today with over 1200 rooms, 11 yards and 3.5 miles of walkways and the Victorian Gothic style finish so admirable to behold that we know. The reflection Palace of Westminster on the River Thames is one of the inescapable photos of your trip to the British capital, London.