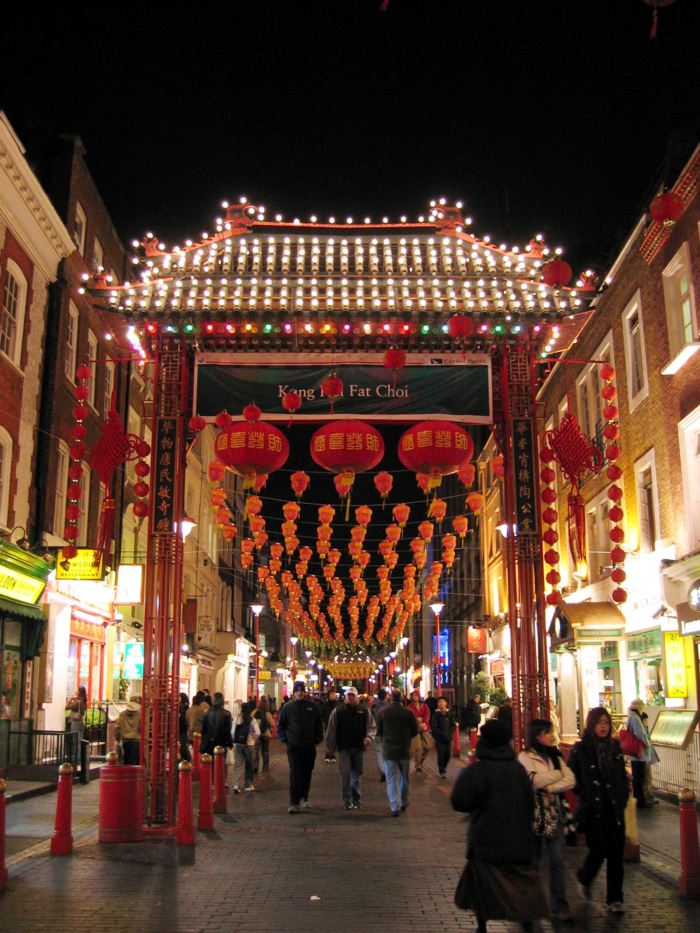 Very near Picadilly Circus in London, you will find one of the most typical neighborhoods of the capital of the UK and not your typical London houses, because it is a Chinese neighborhood, full of shops and restaurants of Chinese food.

Chinese food you can taste in this place is more like it actually eaten in China that we can enjoy dining in eastern Spain. It is also one of the cheapest to eat around London for about 10 pounds you can find a good meal in Chinatown.

It is also a very picturesque place to walk through the streets and the great atmosphere disfrutrar is always there. The history of London’s Chinatown is the history of Chinese immigration to this city from the late eighteenth century.

In fact, Chinatown is not a residential area, since very few people live there, rather it is a commercial area of ​​shops and places to eat something typically Asian.

It is also unfortunately an area known for illegal trade and exploitation of many of the workers, who are paid less than minimum wage in England, but remains a very safe area of ​​London.